Heroine Miruna Magar has forgiven Phurga Tamagan of Mugu for giving a ‘bad touch’ at hall. As soon as Phurpa treated the heroine Magar, who arrived at the QFX hall of Civil Mall on May 30, she immediately reacted and even apologized. After the arrest of the actress Magar by the police, there was a four-sided protest and he was released on Tuesday.

During the performance of Kabaddi Char in halls across the country, Miruna Magar, while exiting Bajir from Sundhara Civil Mall in Kathmandu, slapped the spectator and told the audience that she had been treated indecently. After slapping the man, Muruna apologized for the mistake. Meruna has registered a case against the person and the investigation is underway on the allegation of misconduct. The incident took place at Kapisap, the seventh floor of the Civil Mall. In the video, Meruna is seen shaking the man, a member of the film said, adding that the young man looked ugly when he saw him and the two others who came with him ran away, but he remained the same. The viewers have created some controversy by shooting some clip videos and putting them on Tiktok.

A statement issued here today appealed to all the stakeholders not to dispute over the issue, not to make unnecessary comments to each other and not to allow religious and sectarian hatred to spread in the society. After the reconciliation was reached, the actress Magar said that she was touched by the wrong intention. In the agreement, it is mentioned that Phurpa has admitted his mistake and apologized to the heroine and the heroine has apologized considering him as her brother. The MoU is signed by the parents of both the parties.

Astanaray Hall is full even on the second day of Kabaddi Char movie hall on Friday the 13th of June. While the halls of Desaibhari are full, if Nepali movie is good, the audience will come to the hall full of this movie. Is given. Dayahyang Rai said that he was very happy to get so much love from the audience when he reached Kabaddi one to four, and he still loves the audience so much. He said that he got good response from the audience after watching the movie and he was happy to comment that the whole team was good and he was always happy when the hall was full. Producers Susma, Madhu Mijar, Dayahyang Rai, Mani Pokhrel, Arjun Karki, 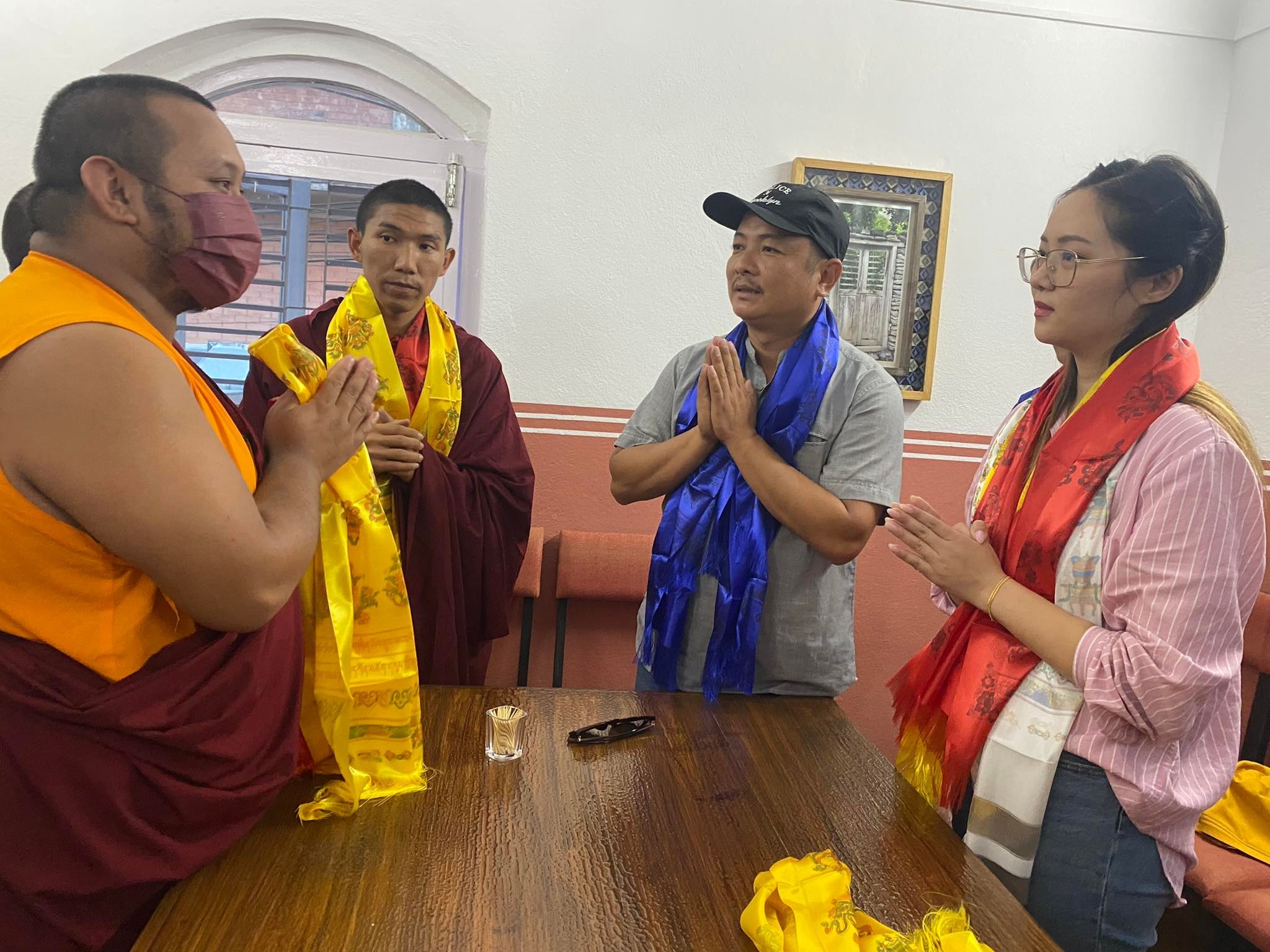 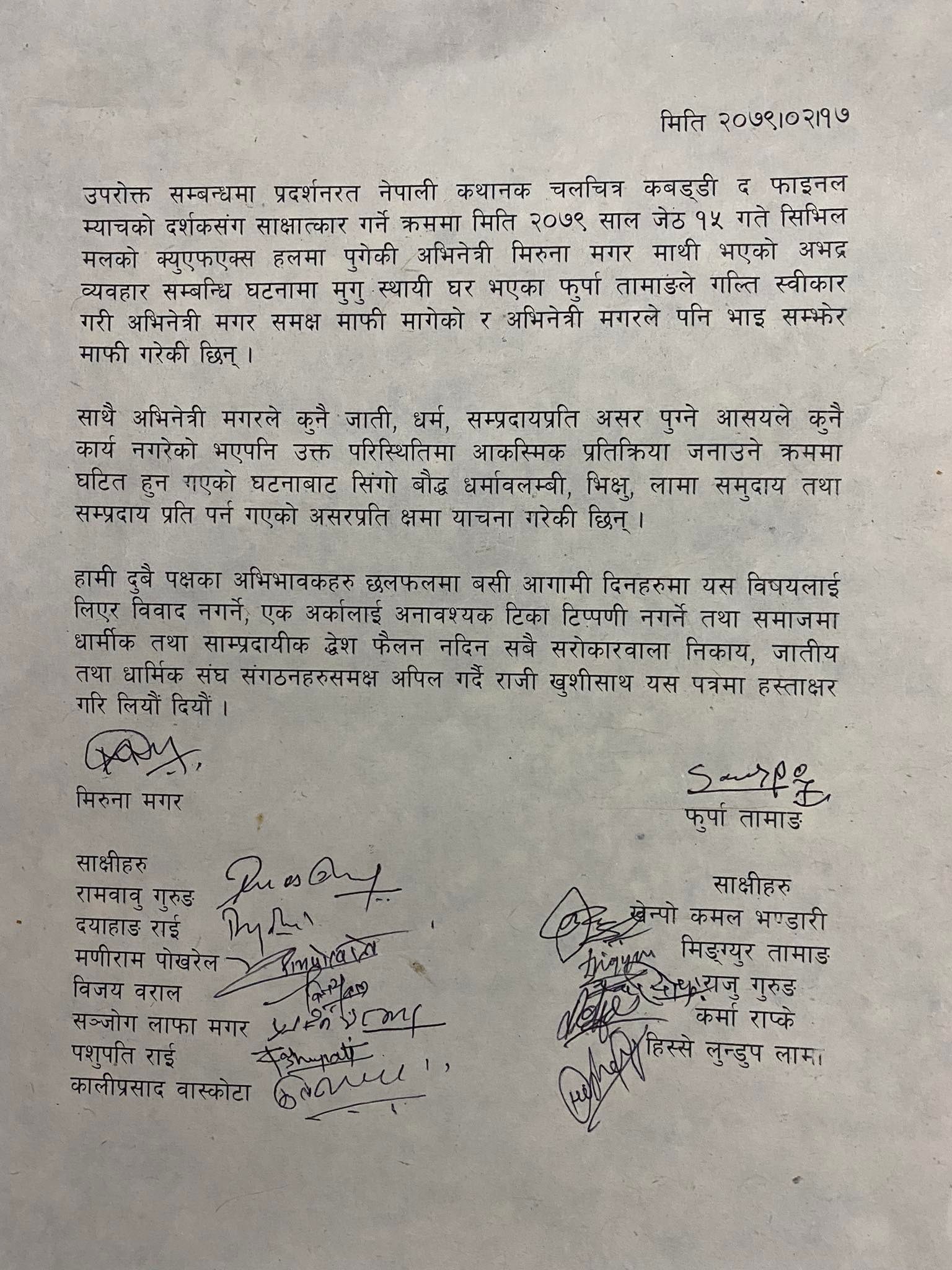 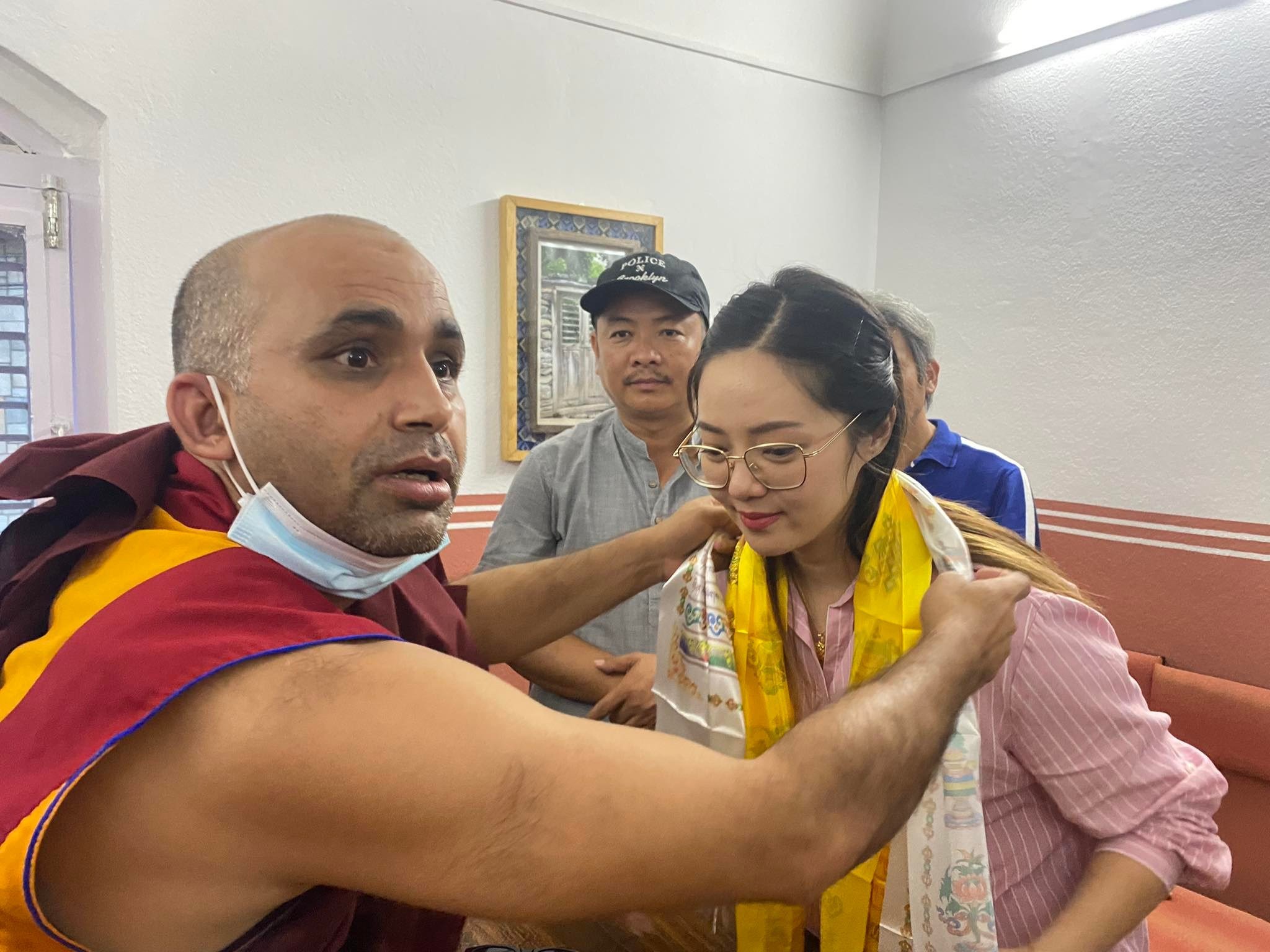 Durgesh Thapa and Pal Shah in the media