Actress Richa Sharma has given birth to a son. Richa, who married Dipeksha Vikram Rana last year, gave birth to a son at Norvik Hospital in Thapathali, Kathmandu at 7:52 am.

According to the hospital, the baby was born after the operation. The baby weighs three kilos one hundred grams. A photo of Richa’s husband Dikshela holding his son in his arms has been posted on social media. 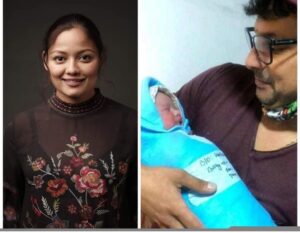 Richa was married to Dipeksha Vikram Rana last year. Richa, who has acted in films like ‘Visa Girl’, ‘Uma’, ‘Loot’, ‘Talakjung Verses Tulke’ and ‘Sunkeshari’, was a decisive member of the television reality show ‘Comedy Champion’. According to the doctor’s advice, she did not attend last year’s show.

Thanks to family: Ex-prince Parash 50th birthday massage and biography

Such a game of rent-seeking in the alliance due to MCC, matching with Deuba Oli, removal of Sabamukh.