Mayor Shah of Kathmandu Metropolitan City is being heavily criticized on social media for spreading dozer-a-tank. He raised questions against Mayor Shah saying that the keeper is the predator and asked for answers to some questions. Sharing the questions raised against the same Sah, Director Bhandari asked Mayor Balen Sah to answer some questions by saying that it is time to destroy it, now build it. He suggested that the voice of the opposition can be suppressed with the help of development.

He hoped that five years would pass in a blink of an eye by answering the questions of common citizens. He suggested to Mayor Shah that there is an increase in complaints that nothing has been built except for the demolition of the expected Mayor Shah. But Mayor Balen Sah, who was making dozer-a-tank, did not understand his suggestion.

Mayor Shah has given unlimited replies to the statuses posted by Director Bhandari. From his own personal account, Mayor Sah has commented on director Bhandari on the contrary. He has written, ‘Your money works with votes, you have come to earn money. You have nothing but money. You have nothing to earn but money. It is not necessary to answer a stupid person like you.

In another status, Bishal Bhandari – “Excuse me for asking a question Mr. 8 Balen Shah.” What did you do except destroy it?” Director Bhandari posted a status with another question two hours after the first post. Balen Shah – “You can ask a question, brother,” the post has a comment from an account named Balen Shah, “A working person cannot be made to suffer by drinking alcohol at night.” Do you know what the mayor of your village is doing?” Director Bhandari is surprised by his answer. 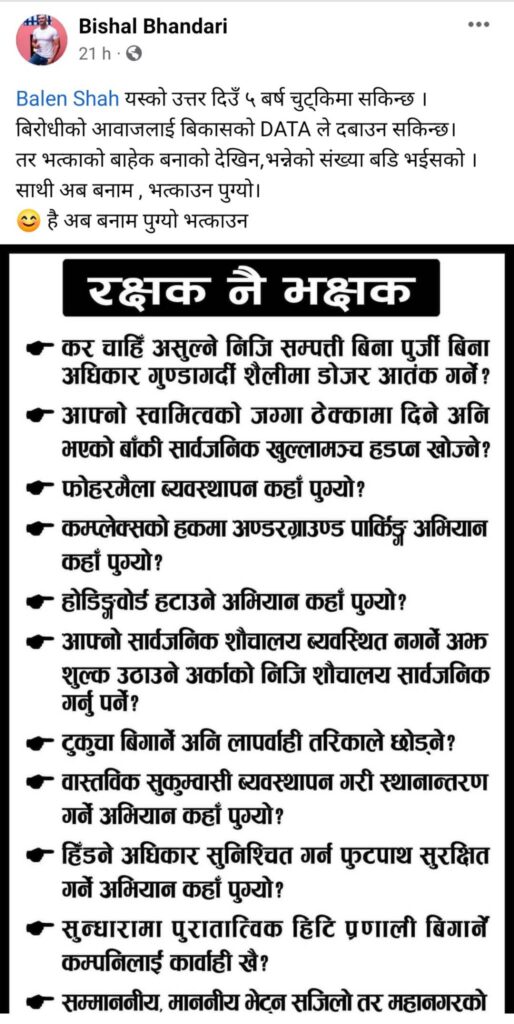 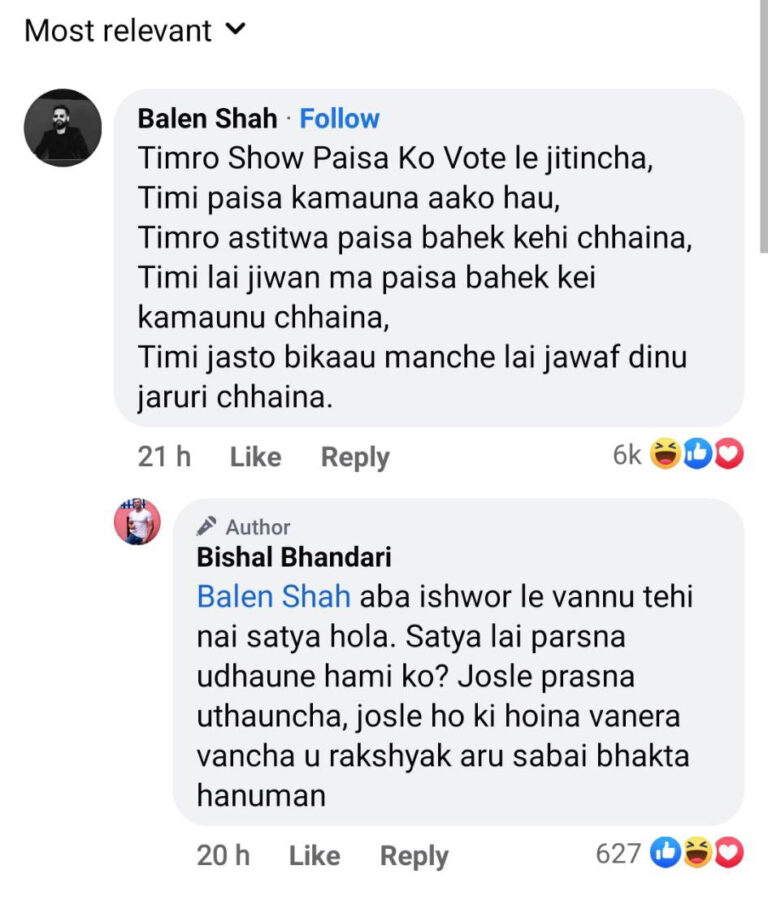 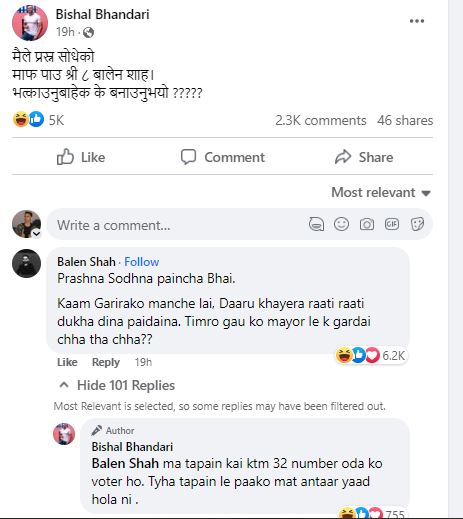