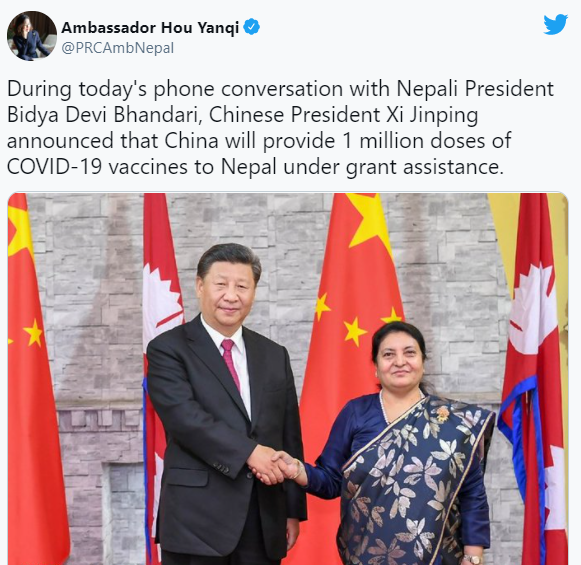 According to President Bhandari’s communications expert Tika Dhakal, Bhandari and Chinfing talked for about a quarter of an hour. During the talks, President Bhandari said that Nepal was willing to buy vaccines from China for all Nepalis and requested them to take initiative for that.

In response, President Chinfeng said he would take the initiative to help friendly nations like Nepal. The foreign ministries of the two countries had been preparing for the talks between the two presidents for a few days. According to Dhakal, President Bhandari has requested his counterparts from both the countries for vaccination as it would be easier for the government and diplomatic missions to work at the level of the President.

Puja was shocked by the Barsha that Paul is mine

Humility Singer Dharmendra, you are now ashamed to give birth to a child.