Former Prime Minister and Chairman of the CPN (Maoist Center) Pushpa Kamal Dahal, who left Kathmandu to reduce the number of boats, has reached the zipline of Prachanda Dhulikhel. He had left Kathmandu with his family on Thursday. On Friday, he reached Dhulikhel during a family visit and zipped.

From time to time, people go out to reduce their workload. He had reached the resort at Sukute in Sindhupalchowk on Thursday with his family. On the way back, he enjoyed the zipline with his family. Prachanda, who arrived with his grandchildren, has experienced the classic zipline. 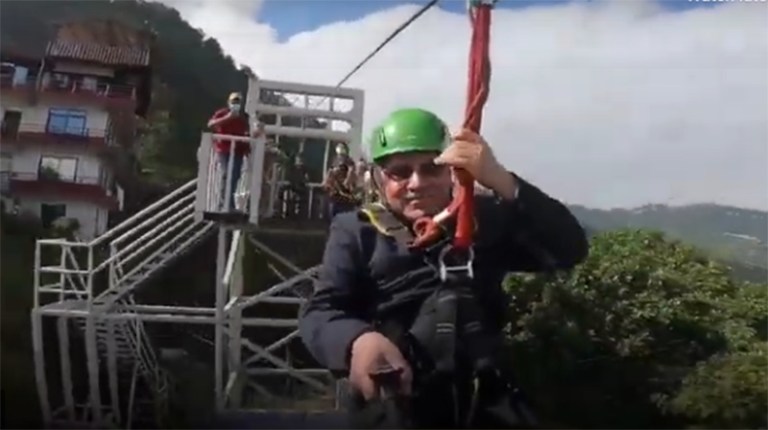 He said that he enjoys doing such things. “I am just happy to be here,” he said. He has responded that he also enjoys zipline as he likes to do adventurous work.

The distance of the zipline from take-off (Thakledanda, Dhulikhel) to the landing station (Khawa, Panchkhal) is 1100 meters. The zipline, located at a distance of about 35 km from Kathmandu, has been started commercially since February 2075 BS.

Former King Gyanendra with the help of Oxygen